Dog Alerts Dad: If your pooch begins frantically barking at 3:00 a.m., you may want to hold out against the urge to stop them. Ask one lucky fur dad in Orange County who’s grateful that Maggie, his dog, woke him up at twilight.

When the dog barked frantically at her fur dad Joel Rosa while he slept, she saved his life. As it turned out, Maggie was only trying to alert him to the fire in their home.

When he awoke to his dog’s barking and saw the flames, Rosa thought of stopping the fire himself. However, it was already out of control. Fortunately, Maggie woke him up when she did.

Emergency crews arrived at the house at 3:23 a.m., the point at which the flames had already gone through the second floor. According to the spokesperson of the fire rescue team, Lisa McDonald, the team worked a defensive fire to knock the fire down; however, it flared back up again.

According to McDonald, the fire department believes lightning struck the house, causing the roof to burst in flames. She said that Rosa is fortunate that his dog woke him up.

The house was large, with an area of 7,000 square feet. And according to the report of the fire department, 80% of the house got damaged by the fire.

Because of his dog’s responsiveness, Rosa is grateful for his best friend. He said Maggie’s his hero, and he loves her, especially after she saved his life.

After the fire crews got the fire under control, the roof had partially collapsed. Who knows what worse things could have happened if it weren’t for Maggie’s warnings. Thankfully, she and her dad are both safe.

With their impressive sense of smell and responsiveness, it’s great to have a dog around, especially in case of fire. They’re also known to alert their owners regarding a neighbor’s home on fire; thus, they can be great neighbors as well. 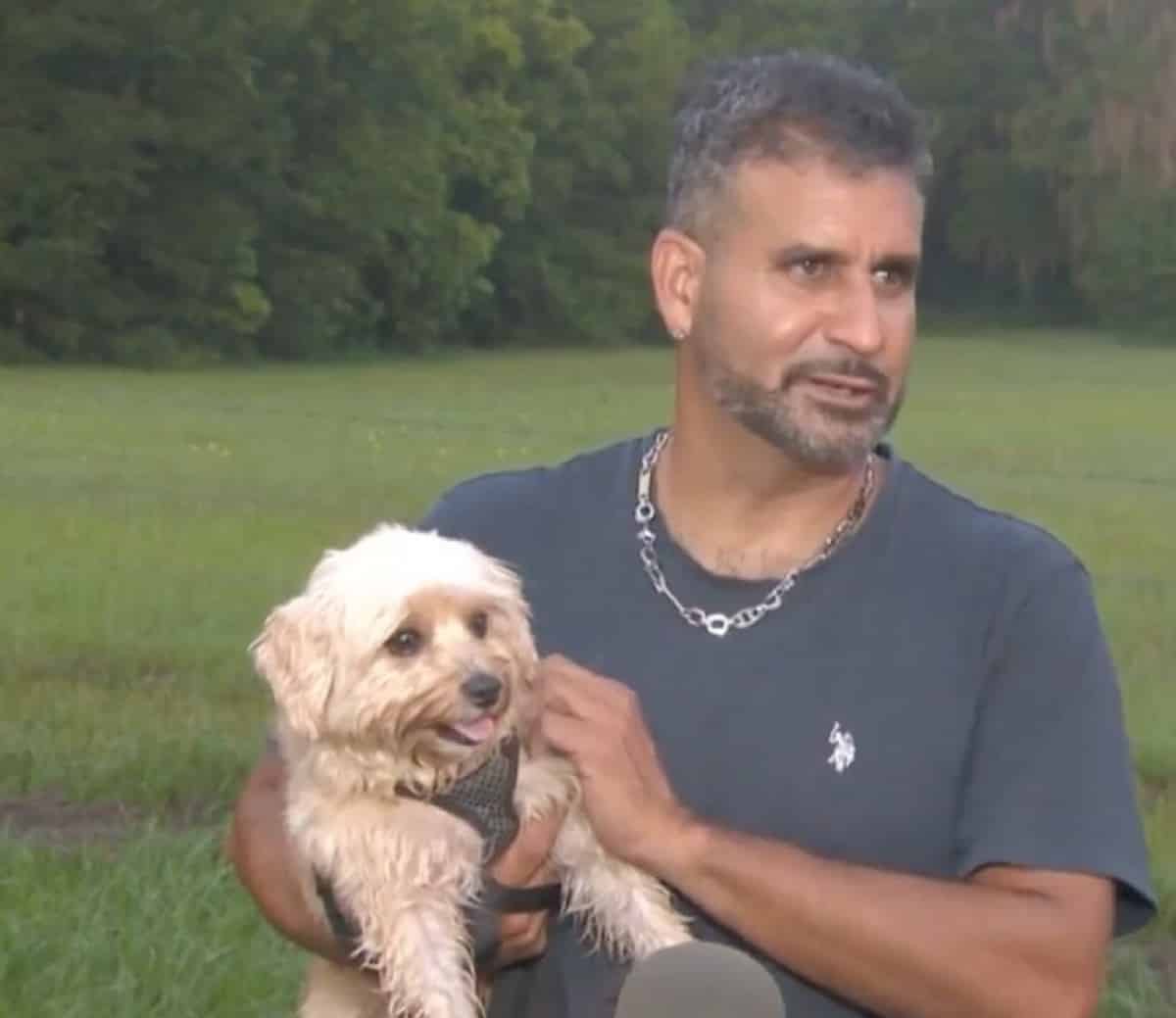